In the early 90s I started writing the book that became The Stone War. It’s–for lack of a better term–a home-town apocalypse book about a disaster, or rather disasters, befalling New York City. The Stone War was published in 1999; after 9/11, a number of people (none of them New Yorkers) said brightly, “Oh, it’s just like your book!” No, it was not; the only similarity was in scenes, early on, of people walking away from the site of the disaster. Like you might, if something frightening and huge happened.… Read more Working Together →

You Know What You Know

Everyone is an expert about something. Most people don’t even think about their areas of expertise–one guy’s an expert at making jam; another at building stone walls; the next person can drape a Victorian bodice (but doesn’t think of this as expertise because it’s just a hobby–as if people don’t lavish time, money, and intelligence on the things they do for love…I mean really).  Think about yourself: you know stuff, right?  Things that may not bring you money but fascinate you.  My husband, a recording engineer and audiophile, is a… Read more You Know What You Know →

(The title of this post is a direct quote from my mother, who, when I said “Sure, Ma.  What do you want to know?” sighed in relief and retired to her room with a cup of tea.) For someone who got her start writing romances, I often get uncomfortable writing about sex.  Why not?  Sex is good. But by and large I don’t find sex, when described accurately, particularly sexy.  Sex, the act, is sometimes brutal, often comical, rarely lyrical, and can reveal deep vulnerabilities in the participants thereof.  But… Read more Perhaps It’s Time to Talk About Sex →

Cake is a Frosting Delivery System

This post was originally published in 2009 at Bookviewcafe.com Perhaps it’s because my mother didn’t bake, scorned baking, but allowed me to bake. Or maybe it has nothing to do with her and I just love to bake. Maybe (o, probably) it’s because I love to eatbaked goods: good bread, rolls, brioche, croissants, pie, cake. When my husband discovered that I could make apple pie from scratch, he was awed: his mother isn’t a baker either.  And last year when he asked what I wanted for my birthday, I said… Read more Cake is a Frosting Delivery System → 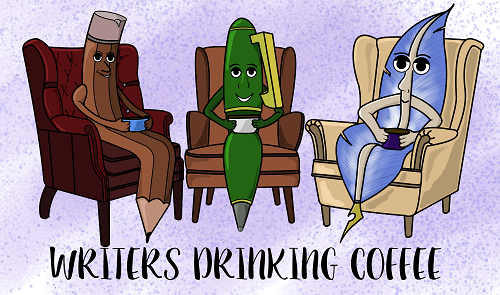 In which I am interviewed, and talk about writing, research, and being in the right place at the right time. Episode 43 – An Interview with Madeleine Robins

A couple of decades ago one of my room mates press-ganged me into taking a class with her.  She was already taking fencing, but her teacher had decided to offer stage combat, and needed more students.  “It’ll be great!  You can write it off as research!” Since I was then working on The Stone War, an urban fantasy that takes place in New York City, circa 2018, I didn’t see any present use for such research, but I love me a good swashbuckler, so I signed up.  And it was… Read more Armed and Dangerous →

I sometimes find, when I’m reading, that I’ve picked up a book (or two or ten) with a particular theme for no specific reason–only to discover, a little way down the line, that there was a reason, only I didn’t know it yet. It’s like I’m researching before I realize what–or why–I’m researching. Example: before I started working on Sold for Endless Rue which is set in medieval Italy* I found myself rereading The Name of the Rose, The Doomsday Book, and several of Sharan Newman’s excellent Catherine LeVendeur mysteries. Only… Read more The Big Necessity →

The Holidays are winding down. Need to relax with something good to read? Just in time, Book View Cafe is having a Boxing Week sale. Every book in our store… Read more Boxing Week Sale →