Just Do It: The Art of Reading to an Audience 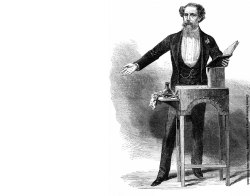 This weekend past I was a reader at SF in SF, the San Francisco SF reading series. I like reading to an audience–I’m a lapsed Theatre major, and while I’m not a great actor, the opportunity to ham it up still appeals. But mostly it’s fun because I get the opportunity to give expression to the voices I heard when I was writing my dialogue.

Okay, so I like being in front of an audience. Not everyone does. And not everyone who likes it is–no, let’s reframe that: everyone, even those who like being in front of an audience, can improve. So for my next couple of posts I’m going to talk about reading to a crowd, and give my undoubtedly one-sided and entirely idiosyncratic advice on the matter. Please feel free to ignore or follow, as you list.

If you’re a first time reader–or just don’t like speaking publicly–you may be dreading giving a reading. The question arises: then why do it? “Because my publicist told me to!” “Because I was invited to it, and no one has ever invited me to do anything.” “Because it’s important to promoting my work!” “Because it’s the writerly thing to do, and all the cool kids…” None of these are necessarily reasons you MUST do something. But if you decide you want to do it, just… do it.

By which I mean… wait, I feel an anecdote coming on. When I was 12, my father gave a lecture at my school, and I was instructed to introduce him. I could probably have pitched an unholy fit and got out of it, but I wasn’t the pitch-an-unholy-fit type. But I was terrified. Being in front of people had never worked out very well for me. And this was the whole upper school, many of whom had known me since I was four. I had nightmares for a week–except for the nights when I couldn’t sleep at all. It isn’t that I had to make a speech: I had to say something like “My father has a traveling road show about visual perception, and he brought it here, and this is him.” Ten seconds, that’s it. But it made me miserable for a week.

The day came. And as I stood in the wings in the auditorium I had one of those world-changing realizations. All I had to do was do it. If I went out on stage and just stood there, that would be a disaster. If I just went out, said what I had to say, and got off the stage, no one would remember anything about it by the time the assembly was over.

So if you commit to doing a reading, do it. The audience is on your side. They have come to hear your story: tell them a story. And the next time it won’t be quite as scary–and if it is that scary, don’t commit to another one. There are lots of other ways to promote your work.

Next Up: What do I read?